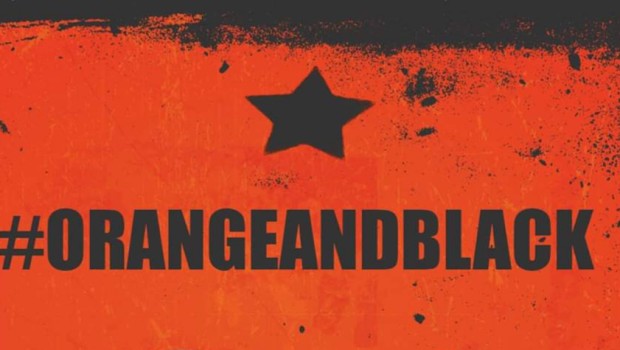 Time simply ran out on Lavey’s bid to win three-in-a-row U16 championship titles on a wet and windy Wednesday night at Owenbeg.

The pattern of this final – the third in three years between the clubs – was set early on, as with the aid of a strong breeze, Magherafelt capitalised on possession errors to step into a two-point lead after ten minutes.

Lavey’s first score came from the boot of impressive full forward Rory McGill four minutes later and indeed could have been a score that put Lavey into a commanding lead against the breeze.

Minutes earlier, standing over a free kick forty metres from goal, Matthew Downey picked out McGill with a sublime defence splitting pass, sending him through on goal. With the Rossa goalkeeper advancing McGill’s shot trickled agonisingly wide of the left hand post.

The near miss was further compounded with Magherafelt awarded and converting a free kick of their own minutes later. Winning possession from the restart, a point effort was spilled to the Lavey net for the game’s opening goal.

Matthew Downey responded with a Lavey free as the Erin’s Own lads continued to dominate the majority of possession.

Facing what seemed like a manageable four-point deficit with the aid of the breeze to come, Magherafelt struck for a vital goal on the stroke of half time, half back Ronan Walls finding himself free in the Lavey defence following a defensive turnover and firing high into the net.

The expected Lavey fightback in the second half did not disappoint.

With Calum and Matthew Downey punching holes in the Magherafelt rearguard, Darragh Young’s goalbound effort was tipped just around the post as Lavey turned up the heat. A cleverly worked ’45 resulted in a Shea O’Neill point from which Matthew Downey won the resultant kickout. Two passes later the ball was superbly speared into the top corner of the Magherafelt net by corner forward Dara McGurk.

Lavey looked to have taken the lead minutes later as Rory McGill punched a Matthew Downey free to the net. Following extensive discussions between the officials, the score was adjudged to have been a square ball and was disallowed.

It was to prove a turning point as Magherafelt registered the next 1-02 with strong running from midfield, all but wiping out the first Lavey revival.

But again they came with the game’s next four scores. Lavey midfielder Segdae Melaugh looked to have scored a goal but for a fine save by the Rossa goalkeeper. Matthew Downey clipped over a free which was added to by Conlan O’Kane, and again minutes later by Niall Duggan with his first of three excellent points from play.

With a never say die spirit to the very end O’Kane and Duggan added points before Matthew Downey brought just one score between the teams in injury time. However, Magherafelt held on to overturn last year’s final result and run out three point winners.