Interim Guidance by The GAA (30.06.2020) The advice below is relevant to all adult and underage players. Close v Casual […

B A Mullan and Son Derry U16 Championship Final: Lavey 1-11 Magherafelt 4-05 Time simply ran out on Lavey’s bid […

Two years ago they picked up their first O’Neills football as a club team. Tonight after a serious effort on [… 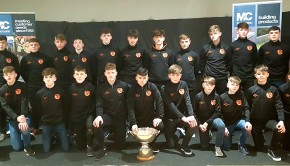 A strong Swatragh second half performance left this result beyond doubt after a competitive and evenly contested first half. Swatragh […

Lavey continued their unbeaten run in the league with an impressive victory against Castledawson at home on Friday evening. Castledawson […

Lavey produce blistering second half to claim points at Glenullin